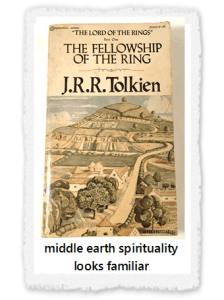 TMZ reports that in the span of just 24 hours, Kim Kardashian racked up 42.8 million views on her Snapchat accounts, over 4 million likes on her Instagram posts, and generated 84 million views on Twitter. According to Money Magazine, the Kardashian women are worth over $400 million. This is more than the GNP of ten countries (watch out Tonga).

Maybe you understand why these people are so famous. It seems to me that they are rich and famous for being…rich and famous. For whatever reason, our society is infatuated with celebrities, regardless of what they have accomplished.

But is this an issue with teenagers…or the rest of us? We talk about “giants” in their respective fields. I hear people being placed in special categories as a “great man” or “great woman.” Do we give preferential treatment to people whose names are on buildings? Who sign giant checks? Who have a special title in front of their name? Or frequently have their picture in the newspaper (whoops)?

This is problematic because we, effectively, create a second class of human. While we view some people as demi-gods, we also diminish ourselves and abdicate the impact we less significant people can have on the world.

Certainly there are those wealthy and well-known people who deserve our admiration, but do they automatically deserve more respect and admiration than others? Are the rich and famous the greatest world-changers? To the ordinary folk of Corinth Paul wrote: “Take a good look, friends, at who you were when you got called into this life. I don’t see many of “the brightest and the best” among you, not many influential, not many from high-society families. Isn’t it obvious that God deliberately chose men and women that the culture overlooks…”

I can think of dozens of people, most of whom you’ve never heard of, who are changing the world. Their names are not on buildings and they do not even use social media, but they are holding this planet together with gentleness and kindness and compassion. They do not have a lot of money but they continue to quietly follow Christ and the world does not unravel.

J. R. R. Tolkien understood this. Galadirel, the Elvish Lady of Lothlrien, spoke with Gandalf in The Hobbit about evil rising in the world. The wizard answered:

“Some believe it is only great power
that can hold evil in check,
but that is not what I have found.
It is the small everyday deeds
of ordinary folk
that keep the darkness at bay.
Small acts of kindness and love.
Why Bilbo Baggins?
Perhaps because I am afraid,
and he gives me courage.”

Maybe we will never be on television or hang out with Kanye West. But from God’s perspective, our small acts of kindness and love can make all the difference.