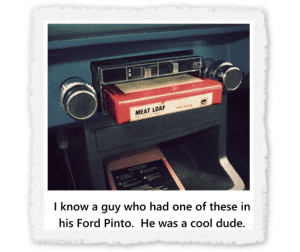 My children have never ridden their bikes to school They’ve never dialed a telephone. They have never listened to a record, a cassette or an 8-track tape. They’ve never known a world without remote controls, PCs and wi-fi. Their world is much different than the world I grew up in.

The world has also undergone a spiritual change. It was quiet. It was subtle. And it changed our world. This shift happened at different times in different parts of the world. It happened in the big cities first and eventually moved into our neck of the woods.

There are a lot of fancy words for it, but, essentially, we are no longer a ‘church-culture.’ The days when everyone was a church member or at least associated with a particular denomination are gone. Many grieve this change. Some celebrate it. There are, of course, pros and cons.

The biggest problems with this change is that fewer people are attending worship, getting baptized, studying the Bible and putting their relationship to Christ at the center of their lives. Statistics show that church membership and weekly offerings are dropping. This is the most urgent issue facing American Christendom.

This is not news. But is there a silver lining to this cloud? I believe there is. Several silver linings. First, more of today’s church-goers are involved because they sincerely want to. Fewer people are joining and attending churches because it is “what you are supposed to do.” There is an honesty to church life today that is more refreshing than the days of religious obligation.

Second, there is a healthy spirit of collaboration in churches today. Somewhere between ‘Pastor-as-dictator’ and ‘Pastor-as-hired-help’ a new paradigm has emerged. In the days after ubiquitous denomination-wide programs, collaboration between ministers and laypeople is essential to encourage the creativity churches need to fulfill their missions in a vastly different spiritual landscape. Everyone comes to the table recognizing the giftedness of one another as vision is clarified and solutions are discovered.

Third, churches today are safer. A serious problem with the church-culture era was assumptions. If we assume that everyone is a Christian, at work or school or club, the distinctiveness of church life can be lost. We have all heard of churches known for infighting, politics, brinksmanship and other inappropriate behaviors. In the 21st century, those behaviors are no longer tolerated. Relationships among church members, as repeatedly described in our Bibles, are meant to be vastly different from the relational expectations of other groups. Instead of conflict and factions, people attend churches today, both large and small, expecting kindness, respect and gentleness. The world today is too hard a place for a church to be anything but safe.

Change can be frightening. And hard. But let’s remember that people of faith have faced change for hundreds of years and we’re still here. Despite a different world out there, God is still powerful and still eager to see His people thrive together in sincerity, collaboration and kindness.