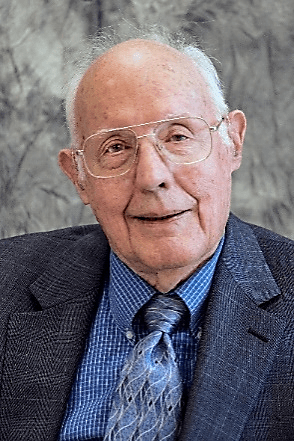 William “Bill” Merrifield is a native of the State of Colorado. He was born in Denver in 1930 during the Great Depression of very hard working parents who painfully struggled to make ends meet and provide for him and his sisters. William was educated in Denver and Boulder Public Schools. He graduated from Boulder High School in 1949 where he was active in drama, operatic vocal music, track and field athletics, and served in the Colorado Air National Guard. William’s aspiration was to become a medical doctor.

In order to earn money for college and medical school, he enlisted in the U.S. Army and was trained as a surgical and operating room technician at the Army’s Medical Field Service School at Ft. Sam Houston, Texas and later became one of its instructors. At the age of 19, William became a follower of Christ Jesus as Lord and Savior and his response to God’s will in his life led to medical service in the bitter Korean War of the 1950’s.

After surviving the Korean conflict, William utilized the benefits of the Korean War. G.I.Bill which gave him one month of college for every month of the 33 months he served. He entered Hardin Simmons University, Abilene, Texas, with the intent of becoming a minister and teacher. Within 30 months he completed a Bachelor of Science degree with double majors and graduated near the top of his class. After entering graduate studies he began to teach in Texas public schools and became a pastor of a Christian congregation.

During the late 1950’s, as our national priorities shifted to space sciences, William came to the conviction that these sciences could reveal much about the attributes of our Creator God. Thus, he decided to continue undergraduate and graduate studies in the natural sciences. Eventually he completed four additional majors in physics, chemistry, biology, and geology at Sul Ross State University, and the Universities of Oklahoma, Texas, Arkansas and Dallas. To this day, William still contuse private studies in astrophysics, geophysics, molecular biology, advanced mathematics, and ancient history of the Levant.

During his lifetime William Merrifield has been a soldier, a scholar, a husband and father , a pastor, a teacher of science for over 41years, a departmental chairperson for 10 years, an athletic coach of three sports for 19 years, a successful Federal grant writer, a mentor of high school students in scientific research activities in state, national, and international competitions for which they received hundreds of thousands of dollars in scholarships, national academic recognition, and entrance into top universities. Two of his mentored students were honored as guests of the King of Sweden for their research work at the Nobel Prize Ceremonies in Stockholm, Sweden in 1982 and 1984.