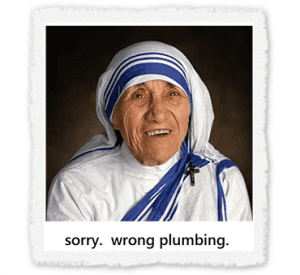 According to congregational historians, Inez Lung Lee returned to her home church in Texas, stood up in a business meeting and said “You mean I can serve in China as a missionary for 30 years but I can’t be a deacon in my own church?” The rest is history – or, perhaps – her story. By the early 1960s, that Baptist church officially changed their by-laws to allow women deacons.

My own church navigated a similar moment. Three decades ago a sweet lady posed a question in a business meeting: “Why can’t women be deacons in our church?” In 1985 Rolling Hills Baptist Church had their first female deacon and three months later was kicked out of the local Southern Baptist association.

As Martin Luther King Jr. Day nears, you might recall the days when some Christians used the Bible to justify slavery. Is the same kind of scriptural gerrymandering going on today? Some scripture passages assume men-only leadership in those 1st-century churches. Other passages mention female deacons and prophets. You can pick your verses or try and see the big picture. For example, were bronze age societies primarily patriarchal? Absolutely. And for many reasons. Did the early church allow women deacons and leaders in certain congregations? Absolutely. Apparently some congregations were ready and willing to recognize the leadership qualities of women while others were not.

It’s worth noting that the word deacon is a transliteration of the word servant or household servant. In an earlier life, I attended churches with male-only deacons. These deacons met monthly to discuss staff salaries, the budget and the color of the carpet in the youth room. Meanwhile, the women of the church were out there taking people to their doctor appointments and providing meals for families in need. You see my point.

But there is much more going on here than inter-denominational differences. The religious sanction of the subjugation of women expands far beyond ecclesiological offices and titles. In a 2009 article, Jimmy Carter wrote:

The impact of these religious beliefs touches every aspect of our lives. They help explain why in many countries boys are educated before girls; why girls are told when and whom they must marry; and why many face enormous and unacceptable risks in pregnancy and childbirth because their basic health needs are not met. In some Islamic nations, women are restricted in their movements, punished for permitting the exposure of an arm or ankle, deprived of education, prohibited from driving a car or competing with men for a job. If a woman is raped, she is often most severely punished as the guilty party in the crime.

He goes on to say that religious-based discrimination against women continues to hinder women in our own country, pointing out that “investing in women and girls delivers major benefits for society. An educated woman has healthier children. She is more likely to send them to school. She earns more and invests what she earns in her family.”

To the church in Galatia, Paul the apostle wrote: “There is neither Jew nor Gentile, neither slave nor free, nor is there male and female, for you are all one in Christ Jesus.” God’s Spirit is doing amazing things through people of all walks of life and all genders. And I hope the same thing is happening in your congregation.