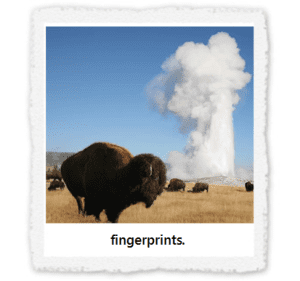 Inside my tent, surrounded by a makeshift grizzly alarm, I see the pink alpenglow as sunrise arrives over the rocky peaks of the Absaroka-Beartooth Wilderness – beauty found in harshness.

I watch an otter frolic enthusiastically among the wildflowers between the frigid waters of the Gibbon River and the warm thermal pools of the Norris Geyser basin – joy discovered everywhere.

I stand on the precipice of the Black Canyon of the Gunnison, as the river roars 1800-feet below — waiting for an incarnational whisper.

I chant softly with the Benedictine monks as the rugged walls of the Chamos River Canyon rise O’Keefe-like above the chapel and the desert breeze caresses my face – the Spirit in gentleness.

I gulp the Arkansas River, snow only hours before, as I ride the Class-IV rapids through Brown’s Canyon National Monument – water alive with delight.

I stand anxious against the side of my car as the black bear mama appears out of the woods fifteen-feet away, sniffs my direction, then waddles away with her cubs, little tails waggling happily – creation being adorable.

I hold my breath as a herd of bison swim across the Firehole River, huffing and splashing, as the little red calf struggles against the swift current – life is irrepressible.

A see elk and moose and big horn and bison and mule deer dragging the scraps of their unneeded winter coats beneath the unhindered Wyoming brightness – inevitable seasons on display.

I stand atop 14,197-foot Mt. Belford on a crystal-clear afternoon, overwhelmed with the vastness and majesty of this amazing corner of the world – creation at full disclosure.

In one of the earliest documents written by one of Christianity’s earthly founders we read “For in Him all things were created…” and then “…He is the head of the body, the church…” Richard Rohr describes creation as God’s first Bible. His finger prints are all over your Scriptures and churches. And they are all over the Big Horn, the petals of the edelweiss and the quartz sparkling in the walls of Yellowstone canyon.

So put your Bibles down and go outside. Stop the Christianese and listen to nature’s nighttime song. Step off the treadmill of consumption and indulge yourself in heaven’s abundant outdoor gifts. The first Bible awaits.