No Cupcakes for Gossips 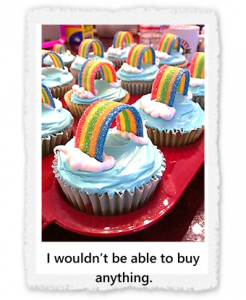 Ordinance 119 has me confused. Discrimination is ugly. I strive to show respect and kindness to whoever I meet – and I’ve sat in my office with wife-beaters, drug addicts and child abusers. I am pained by what they’ve done to hurt themselves and others, but I try to live by the motto “Love first, ask questions later.”

Jesus was not xenophobic, he was xenophilic. And Christ is our example for this. He respected and validated the people everyone else chose to look down on. Sex workers, lepers, the mentally ill and people from “those other religions” met Christ and found someone who looked them square in the eye and saw someone of immense value.

I called the nice folks at the City Attorney’s office because I had questions. There is a lot of misinformation going around about Ordinance 119. Wisely, the ordinance does not intrude on the efforts of a church to show hospitality and kindness to whoever they want. And the goal of the ordinance should be a no-brainer: teenagers, old people, veterans, pacifists, Caucasians, non-Caucasians, rich, poor, non-Christian, Christian, straight, gay, disabled, single, married, divorced…everyone…deserves to be treated fairly. Is that so hard?

I am strongly in favor of the first amendment and the separation of church and state. And I have some concern about the government’s efforts to control private enterprise and the free market. But let’s move beyond those issues. Let’s move from law to grace.

Some people, including church-goers, do not want to treat homosexuals, for example, the same way they treat everyone else. This position is based on the belief that homosexuals are “sinners” and do not deserve to be treated with grace and dignity. Certain services, access and products can be denied “those people” because “no one can tell me who I can and cannot do business with.”

My point is this: We are all sinners who have been bestowed love and forgiveness by God in an amazing way. So a Christian refusing to be gracious to someone because of sin is grossly inconsistent. And if we want to demonstrate the holiness of God we should probably start with ourselves.

In an ideal world an anti-discrimination ordinance would be unnecessary. And I will respect each person with or without an ordinance. For that matter, Christians should be setting the standard in Fayetteville by showing love and respect to everyone. The ground at the cross was level and still is. Thank God for that.