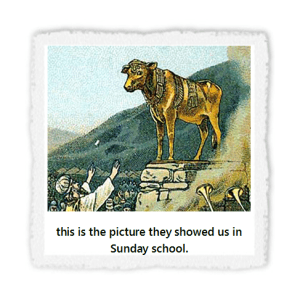 I’ve heard some strange things since the recent presidential election. I saw evangelical Christians raising their hands and exclaim “Hallelujah!” that Donald Trump was elected president. And I read several people who were convinced that his victory was a sign of the impending apocalypse.

We were all singed by the animosity of this election. And regardless of where you fall on partisan lines, I submit that the polarization we all experienced has not determined the spiritual climate in our country, but, rather is the result of the spiritual climate in our country. In the words of French philosopher Joseph de Maistre, “Every nation gets the government it deserves.”

How did this happen? How do people who claim a God-sized lifestyle find themselves shrinking into systems created by politicians, marketing firms, campaign strategists and media biases? And, more importantly, how do we crawl out of these undersized worldviews?

Let’s consider the issue of political diversity. Both parties, and certainly the media, failed to value the validity of the other party. Democrats devalued republicans and republicans devalued democrats. But a Kingdom of God person understands that “to each one a manifestation of the Spirit is given for the common good.” My church has donkeys and elephants and they all possess Spirit-sourced ideas and energy – each one has a piece of the puzzle. We need each other.

And what about political insiders? Apparently there are American voters who are not concerned about lifelong politicians leading in an environment that has lost contact with the rest of us. But a Kingdom of God person understands that Christ has “disarmed the powers and authorities, he made a public spectacle of them, triumphing over them by the cross.” In other words, God’s people do not need to acquiesce to systems of power that originate in DC or Wall Street. God has a better power at work.

Growing economic disparity also shaped this year’s election. While one side suggests everyone can work hard and earn their own way, the other suggests that the government needs to provide assistance to those in need. But a Kingdom of God person heeds the words of Isaiah and incorporates this issue into their daily lives: “Is not this the kind of fasting I have chosen: to loosen the chains of injustice and untie the cords of the yoke? Is it not to share your food with the hungry and to provide the poor wanderer with shelter—when you see him naked to clothe him?” Compassion should be our ongoing business.

Or what about nostalgia? Can we really turn back the clock and restore our country back to the moral and economic climate of the 1950s? If so, should we? But a Kingdom of God person does not need to look backwards to see God’s presence. Again, Isaiah writes “See, the former things have taken place, and new things I declare; before they spring into being I announce them to you. Sing to the Lord a new song…” God is fully capable of doing great things today and tomorrow, even in a rapidly changing world. God always has a wonderful new thing.

Finally, this race was characterized by xenophobia, or “whitelash.” It is as though white Americans are afraid to share the blessings of our country with others. But a Kingdom of God person does not have to look far to see examples of outsiders, such as Ethiopian Eunuchs, occupying Roman warlords and Samaritan divorcees being included in the richness of Christ’s purposes. Personally, I have known Muslims who are more Christlike than some lifelong church people I have encountered. God’s love is wide enough for everyone.

“O Lord our God, we prayerfully lift up the leaders of our nation, regardless of their party affiliation, that they be guided and directed by you to join us in your purposes of justice and compassion. And forgive us for trying to wedge your Kingdom into a political process or a particular platform. Give us the courage to value all the citizens and guests of our country, as they are created in your image. And help each of us to work together to make our nation great in new and exciting ways, all for your glory. Amen.”