Predator in the wild 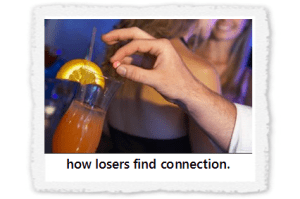 Thursday night is date night. So my wife and I have a favorite restaurant we enjoy. One night the main dining room was full so we sat at the bar where food is also served. My wife sat next to a woman who was very friendly and, perhaps, slightly inebriated. They, of course, became fast friends. Interestingly, that woman only consumed one glass of wine the entire time we were there.

After about an hour, a man walked in and gestured for the woman come to talk to him. She took her glass of wine. I noticed that she sat huddled on one end of the sofa with her arms wrapped around her knees. The woman came back and said “He’s one of our company’s richest clients. They tell me I have to be nice to him.” She added a few more colorful comments as the rest of us raised our eyebrows.

Moments later, the woman changed dramatically. She could not hold her head up. Her speech became slurred. Her behavior became erratic. She went into the bathroom. My wife went to go check on her. A few moments later, the man she spoke to on the sofa came back and sat right outside the bathroom door. Again, several of us looked at each other with concern.

The woman’s ride home arrived so I went to the bathroom and said, “_____, you’re ride is here!” She stumbled out of the bathroom, followed by my wife. Instinctively, I stepped in between my wife and the man who was waiting. He was trying to get to the woman. When I stepped in front of him, he grabbed me around the neck and tried to throw me out of the way. He did not know that I work hard at my strength and conditioning and he was not going to throw me anywhere. As a matter of fact, I turned around, grabbed him and the tussle was on. I was determined not to let him near that woman – or my wife. After a minute and some broken glass, others showed up and my first and only bar fight was over. The woman was safely away and all that remained was the yelling.

It seems the woman may have been drugged. We’ve all heard people use words like “predator” or “harassment” but seeing a real predator in action is frightful. In this case, a vulnerable woman was almost caught in a dangerous situation.

The worst part of this dynamic of power and exploitation is how common it is. There is little hard data on the frequency of sexual predation going on in workplaces around the world, but it happens more than most of us realize or are willing to admit. But there are two things we must remember: 1) All women are God’s precious and dearly loved creatures who deserve to be treated with kindness and respect, and 2) when that kindness and respect is violated, we need to be ready to act. Even on date night.