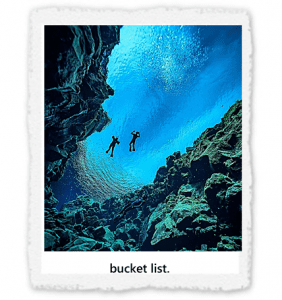 There is a lake in Iceland. It is cold and clear and amazing. Amazing because deep in its waters you can find the Silfra Rift. The Silfra Rift is created by the movement between two tectonic plates, the North American and the Eurasian. Divers in the Silfra Rift can literally swim between two continents.

Several years ago church historian Phyllis Tickle wrote a book called The Great Emergence. Tickle discusses the major changes faced by Christianity since it began on the first Pentecost. The Peace of Constantine (IVth century), the Great Schism (XIth century) and the Reformation (XVIth century) each represent a radical shift in direction. Every several-hundred years a change of course is required and Christendom must reorient itself.

Phyllis Tickle claims we are in another change of course. This new era of Christianity has yet to completely define itself, but differences are already apparent. In general terms, we are leaving the days of the church culture. American has had a church culture since the days of Jamestown and Plymouth colony. I grew up in a world where the public school principal led us in prayer at lunchtime, everyone in town belonged to one church or the other, and Christian faith was always the norm, rarely the exception. But today we find ourselves in a post-church culture. Laws have been passed to make sure non-Christians are not marginalized, people are not interested in denominational differences and there are no assumptions about church involvement. It is a new world.

Churches have responded to this new world in different ways. Some churches have simply closed. Other churches have disconnected from the church culture era and reinvented themselves. Many of these churches started in school cafeterias and shopping centers and place high value on innovation. Some of the larger mainline churches with critical mass and a board-of-directors style of governance have managed to change course effectively as they navigate this new world. Some churches have reacted defensively to the changes happening in our culture by becoming time capsules, clinging nostalgically to an era we will never see again.

But what about the rest of us — all the churches who find themselves in the Silfra Trench, between two massive, global forces? We live between 500-years of church culture and the new era that is dawning before us. It can be a difficult place, just as tectonic movement can create earthquakes and tsunamis. But it is also an exciting place as new lands and ecosystems are formed.

If you find yourself in the Silfra Rift of religious change, peace be unto you. You are not alone. And recognize that things are much different today than they were in the heyday of American church life. If things aren’t working like they used to, be easy on yourself and those around you. This is uncharted territory. And though we may miss the days when all we had to do was open the box each montyh from denominational headquarters, do not be afraid. Instead of resorting to fear, blame and anxiety, perhaps it is time to listen. Because God is still sovereign, Christ still holds all things together and the Spirit is still hard at work. And when you’re not sure what to do…love. And, finally, let us remember that our God is very creative and probably has something unexpected and wonderful up his sleeve – just like He’s done century after century.