“So you’re onboard the Titanic…” 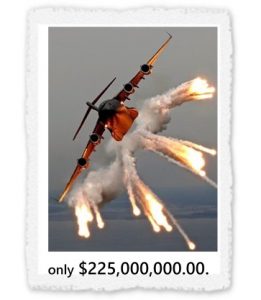 So you’re on the Titanic resting in your first-class cabin. The alarm bells ring. The ‘unsinkable’ luxury liner is taking on water. There are not enough lifeboats for everyone. What will you do?

We are faced with a healthcare crisis in this country. Emergency rooms are inundated with patients without health insurance. Many Americans, who do not have health insurance, are not getting basic preventative care. Bankruptcies are on the rise as the uninsured (and partially insured) are not able to pay their hospital bills. Insurance companies are refusing to pay for more and more procedures. Healthcare costs seem impossibly high.

This situation is a challenge to Christians in our country. We claim to follow a man who constantly healed the sick. I find myself asking “Which response is a more accurate reflection of Christ’s actions and teachings?” 1) When faced with illness and disease, the poor and marginalized should fend for themselves. 2) When faced with illness and disease, those with resources share what they have with the poor and marginalized.

But what can a Christian do in the face of a massive healthcare/insurance/bureaucratic entity?
Should Christians sub-contract the government to fulfill Christ’s call to show compassion to those in need? Does expecting the government to care for those in need violate the principle of the separation of church and state? Can we merge American patriotism and the Christian faith but not merge government-directed healthcare and the Christian faith? There are Christians who do not think twice about displaying the American flag during their worship services while vehemently protesting universal healthcare. I see a disconnect here.

The fact of the matter is that we already expect our government to provide services well beyond good roads and a militia. Social security and public education are just two examples. So where do we draw the line? Yet as a nation with unprecedented blessings and resources, why do so many other countries provide better healthcare for their citizens? According to an August study published by the Commonwealth Fund, “Americans wait longer to see primary-care physicians than patients in Britain, Germany, Australia or New Zealand – all countries with strong public-health systems.”

A further problem is the national debt. Last month our government overspent by $176 billion. That is a staggering amount. How can we extend public healthcare when we are already overspending what revenue we have? Certainly, there are no easy answers.

So are we re-arranging deck chairs (or hospital beds) on the Titanic? Or will something actually be done that makes a difference? Meanwhile, on the lower decks, people are dying. People are being rejected for the treatment they need. Families are going bankrupt. Children, widows, the disabled and veterans are not getting the health care they need.

This is a moral issue. This is a Christian issue. Pray about this problem. Study this issue (with your Bibles open). Go listen to the hidden voices of the uninsured. And find your own voice. For the price of one (unneeded) C-17 Globemaster aircraft, ARKids “B” could be funded for over three years! If we work together, maybe all the passengers on the Titanic can be saved.