“You’re Not Going to Heaven” 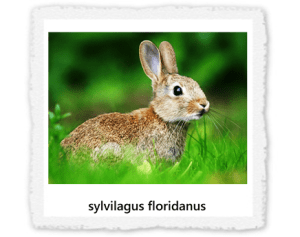 When people are dying I hear three things:

I like the sound of this…for the most part. But I wonder how a healthy, unchurched person with living relatives thinks about this heaven. Does it appeal to them? Or has heaven been ‘stolen’ by older church-insiders?

So I decided to dig deeper. With the help of theologians Randy Alcorn, J. Richard Middleton and Diane Butler Bass, I learned something amazing. I learned that the Bible does not say you and I are going to heaven. Actually, heaven is a divine realm that is rarely accessed by humans. Rather, instead of going to heaven, heaven will come to earth. And if we view God’s plan in its entirety from Genesis to Revelation we learn that God’s original intention was humanity working together to glorify God by enhancing His creation. Growing plants, raising livestock, creating and inventing wonderful things as we live harmoniously in communities with people from all ethnicities. This is much more than faithful environmentalism. Instead of an unending church service, the afterlife is a lot more like the early chapters of Genesis, all taking place on a beautiful, renewed earth.

Now this is a “heaven” that I can sink my teeth into. It is an existence composed of activity, uniqueness, human creativity and cultural diversity all taking place on our beautiful planet. And, frankly, this works well for me. I’ve never been a religious person, instead I’m more of a curious, outdoorsy person who would rather be living life than singing about it.

And here’s the best part: heaven has already arrived. Heaven’s invasion of earth began with Christ announcing its arrival, making that arrival possible and then delivering on His promise that we could begin enjoying God’s forever presence – the same presence that hovered over the waters at the very beginning of the story and is revealed full-blast at the end.

Last week I ran the nature trail around Lake Fayetteville. Creation was showing off. The privet, honeysuckle and wild roses were all blooming at once, competing to see which was most intoxicating. The bunnies, squirrel and deer were frolicking under the bright, sunlit sky. And the cool morning air reached deeply into my lungs.

Needless to say I had a spring in my step. And I still have that spring in my step today. Because I can look forward to a forever future that surpasses life as I know it. I can participate now in God’s original image of an amazing world with all kinds of fascinating people. And I don’t have to leave this beautiful earth for a 24-hour church service. Amen!